The baptism shown in these photos took place at St. Margaret Mary Church, 1213 Excelsior, Oakland, CA., using the traditional rite. As it happened, I witnessed another Baptism the next day at St. Thomas Aquinas Church in Palo Alto, where I was singing our usual Sunday Noon Novus Ordo Latin Mass with The St. Ann Choir. That second Baptism of an 18 year old young man who converted to Catholicism too was performed reverently by a wonderful conventual Franciscan priest. Fr. Nahoe. But it lacked the richness of the ritual used for Martha's Baptism.
For her, the rite of Baptism started outside the church door.. Martha was asked for her baptismal name (Martha Philomena), salt was put on her tongue, she was exorcised, many prayers were said for her, she was annointed, all before Father Wiener covered her head and led her into the Baptistry.

In 1989, the Most Rev. John S. Cummins, former Bishop of Oakland, granted St. Margaret Mary Church permission to use the 1962 Roman Missal for Mass, so they have been offering it ever since. In 2005, he Most Rev. Allen H. Vigneron, Bishop of Oakland, appointed Fr. Michael Wiener of the Institute of Christ the King Sovereign Priest, as Episcopal delegate for the Latin Rite of 1962 in the Diocese of Oakland, where he ministers at St. Margaret Mary.

The Traditional Latin Mass (now called the extraordinary form of the Roman rite) is said at a daily low Mass at 6:00 p.m. Every Sunday the High Mass (Gregorian Schola, Children's Choir, Adult Choir, and Organ) is offered at 12:30pm.

Fr. Wiener also ministers at the Santa Clara Oratory of Our Mother of Perpetual Help, established by Most Reverend Patrick McGrath. Bishop of San Jose.

After many years of trying to convert to Catholicism and many misadventures and diversions along the way, Martha Wilson found Fr. Wiener, who instructed her in the Catholic faith. And so it came about on August 25, 2007, he baptized her using the traditional rite, at St. Margaret Mary Catholic Church. She received her first Communion the next day at the Santa Clara Oratory. Her confirmation will be performed this Fall by Bishop Vigneron in the traditional Roman Rite.
Read More 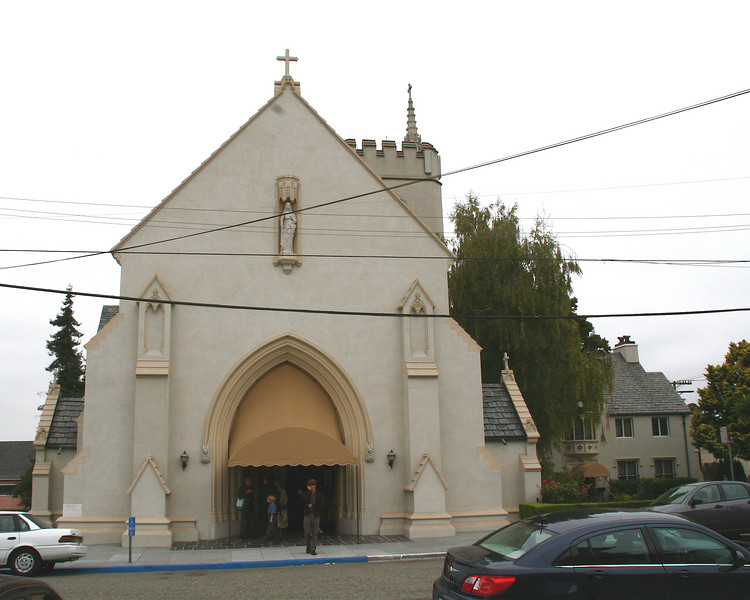