Eight Hours in the Netherlands - roseanneTsullivan

Eight Hours in the Netherlands

Some of the eighty pilgrims on the Israel tour (11/2005) flew from LA to Amsterdam and then to Tel Aviv. Another group flew to Toronto and then to Tel Aviv. Those of us routed through Amsterdam flew all night, arrived at Amsterdam around 1 p.m. local time, had an eight hour layover, and then got on the plane for Israel. We were bussed from Tel Aviv to Haifa and Mount Carmel, arriving around 2:00 a.m. It was grueling traveling that way without sleeping in a bed for two days. Some tempers got frayed. But I wouldn't have missed it for the world.
Read More 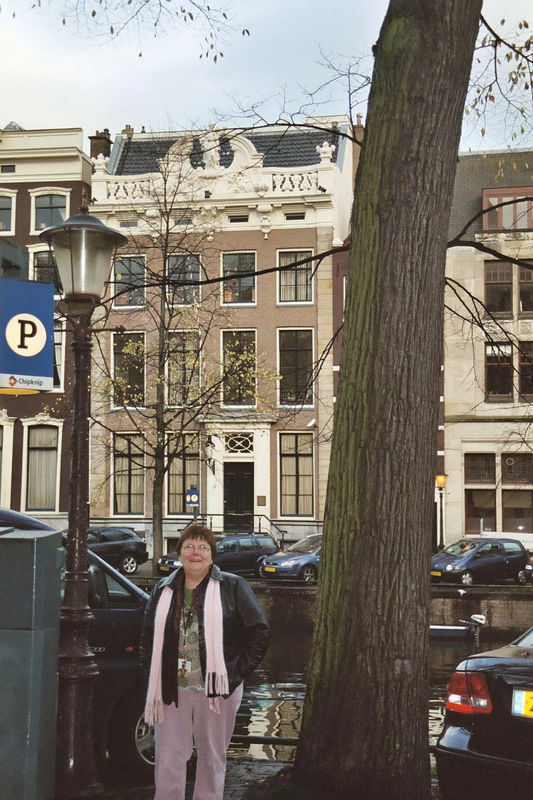 Me (Roseanne) on the street outside Notre Dame. Exhausted by the rush to the church, most of us opted to take taxis back to the train station. There was no time for a canal ride after all.

But Anita, Don, and I stopped at a great little restaurant near the station called "The Soup Kitchen." It was small and crowded with young people, who were eating superlative Dutch-style soups and to die for breads at high stools at small round tables and counters along the windows. I had a fresh mozzarella and basil sandwich and squash soup. The food and the atmosphere were a comfort after all that rushing around in the rain on no sleep.

I told the counter clerks that I wanted to bring them back to California to start a chain here. They said the owners got the idea for the restaurant from New York City. I wonder if they got the name only from the traditional soup kitchen, which brings to mind a long line of homeless men and women being handled bowls of soup being ladled out of large aluminum pots on a long table. Or maybe there really is a chain called "The Soup Kitchen" in NYC? Dunno.

Back at the airport, checking into the flight to Israel, I got the shock of my life when the crucifix I was wearing set off a buzzer and before I knew it a tall thin female airline employee was groping me in very personal places! People were still teasing me about my very upset and loud reaction 10 days later on our way home.